This week we are featuring the upcoming new epic fantasy series opener from Stephen Deas, The Moonsteel Crown - from Angry Robot books. For now, while the description seems a bit sparse I will trust that Stephen Deas is a prolific writer and definitely one of the masters of the genre (Memory of Flames series) - and quite blindly take the plunge into this exciting new world he is building out. 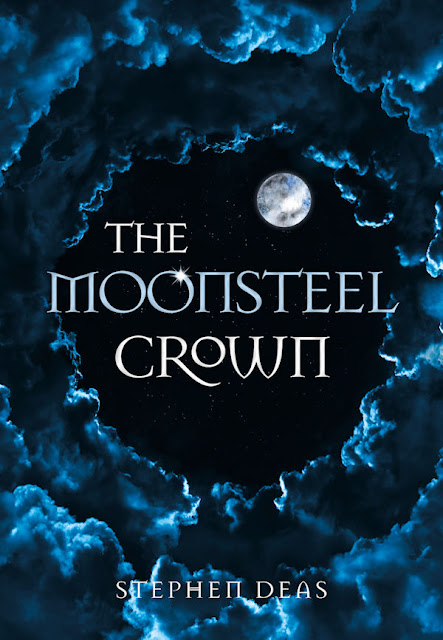 The Emperor of Aria is dead, and three junior members of a street gang are unwittingly caught up in the ensuing struggle for the throne, in the first epic adventure in a new fantasy world from a master of the genre.

The Emperor of Aria has been murdered, the Empire is in crisis, and Dead Men walk the streets...But Myla, Fings, and Seth couldn't care less. They're too busy just trying to survive in the Sulk-struck city of Varr, committing petty violence and pettier crimes to earn their keep in the Unrulys, a motley gang led by Blackhand. When the Unrulys are commissioned to steal a mysterious item to order, by an equally mysterious patron, the trio are thrust right into the bitter heart of a struggle for the Crown, where every faction is after what they have.

Forced to lie low in a city on lockdown, they will have to work together if they want to save their skins... and maybe just save the Empire as well.