Showing posts from July, 2021
Show all

August Books I am looking forward to!

So instead doing a single Waiting on Wednesday meme, I decided to tackle the whole of August month and do a sweep on all the great books lined up for this month. In no particular order, here they are :  1. In the Watchful City by S. Quioyi Lu In the Watchful City explores borders, power, diaspora, and transformation in an Asian-inspired mosaic novella that melds the futurism of Lavie Tidhar’s Central Station with the magical wonder of Catherynne M. Valente’s Palimpsest. The city of Ora uses a complex living network called the Gleaming to surveil its inhabitants and maintain harmony. Anima is one of the cloistered extrasensory humans tasked with watching over Ora's citizens. Although ær world is restricted to what æ can see and experience through the Gleaming, Anima takes pride and comfort in keeping Ora safe from all harm. All that changes when a mysterious visitor enters the city carrying a cabinet of curiosities from around the world, with a story attached to each item. As A
Post a Comment
Read more

The Betrayals by Bridget Collins 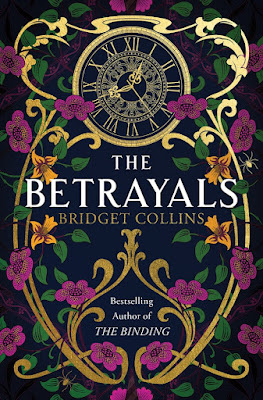 This was an unusual choice of a read for me as this is indeed a far-cry from the usual crop of SFF on my pile of TBR's. But I chose to listen to the audio-book version of the same as I was intrigued by the back-blurb and wanted to check out Bridget Collins ' work, that came highly recommended.  So The Betrayals is Bridget Collins' sophomore work in adult literature, after having successfully debuted with her previous work, The Binding . It's set in an indeterminate time-frame (around '30's or '40's) in an un-named country ( that perhaps resembles rural France or England or a mix of the two thrown in) ruled almost tyrannically by 'The Party'. Featuring three main protagonists, all three of them with their own connected web of lies and past secrets that enmesh together to form a twisty narrative set within this old residential school campus in a hilly town called Montverre. The story revolves around this 'game' called Grand Jieu, which is
Post a Comment
Read more

The Empire's Ruin by Brian Staveley 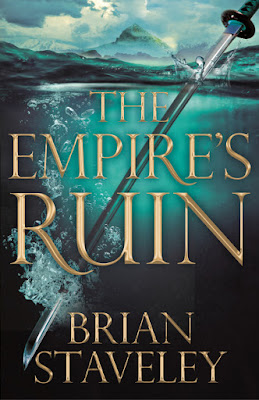 Brian Staveley 's new trilogy - based on the Annurian Empire ( From his Chronicles of the Unhewn Throne ) released this week in the US and is slated to release in Aug 1st week in the UK. It was always going to be a tough act to measure up to - especially given how realistically the different threads of that first mind-blowing trilogy came to a satisfying end and then how Brian hits one out of the park, with a back story to Pyrre ( Skull-Sworn ) , one of the most enigmatic characters to surface in the Unhewn Thrones trilogy.  Brian Staveley is my go-to-author when it comes to delightfully grim-dark fantasy stories bursting with fresh ideas, intricate and effortlessly smooth world-building - headlined by foul-mouthed, fallible characters who are real, flawed and intense, fighting to stay alive, not just against backstabbing treacherous enemies but also hitherto unimagined hell-spawned monsters.  Not to forget the white-knuckle, crazy-ass action sequences and the thought-provoking &
Post a Comment
Read more 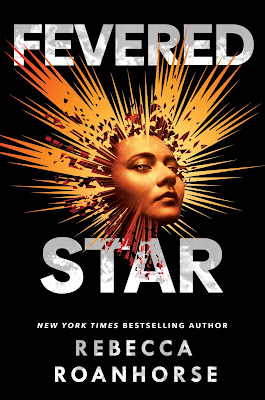 This week on Waiting on Wednesday where we feature some of the most anticipated books in the SFF Genre to be released in the coming year/months, we have one of the most exciting sequels to a blockbuster fantasy novel from 2020 - The Black Sun by Rebecca Roanhorse ( This was one of the best books I read this year! a little late to the party but what a fabulous fabulous book! Here's my review of the same.) So super excited about the sequel, Fevered Star . Cover reveal happened a couple of days back on the Nerdist Here's what we know. There are no tides more treacherous than those of the heart. —Teek saying   The great city of Tova is shattered. The sun is held within the smothering grip of the Crow God’s eclipse, but a comet that marks the death of a ruler and heralds the rise of a new order is imminent.   The Meridian: a land where magic has been codified and the worship of gods suppressed. How do you live when legends come to life, and the faith you had is rewarded?   As
Post a Comment
Read more
More posts