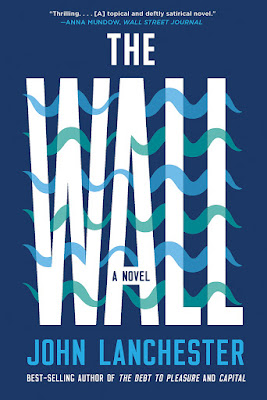 I had bought The Wall by John Lanchester a few months back, before the lockdown frenzy hit us. I finally picked it up last week, dusted it off my bookshelf and started reading it. Only to be sucked into this disquieting fable that kept me wondering and puzzling out a lot of the allegories and metaphorical references, not quite sure if I was even right.  Despite the lacklustre writing about one of the most 'uninteresting' protagonists ever (An entitled, misguided new adult conscripted into national duty to protect the boundaries of a island nation, UK from refugees and immigrants trying to climb up and over to get citizenship within this nation) I realised the novel could be about anything. Climactic changes? Human resilience ? Heroism? undaunted sense of patriotic duty? xenophobia? right-wing nationalism?  Despite all this, I actually enjoyed the book. A LOT.  I cannot exactly pinpoint the reasons for my enjoyment. Because this novel definitely stops a mile off the "lite
Post a Comment
Read more 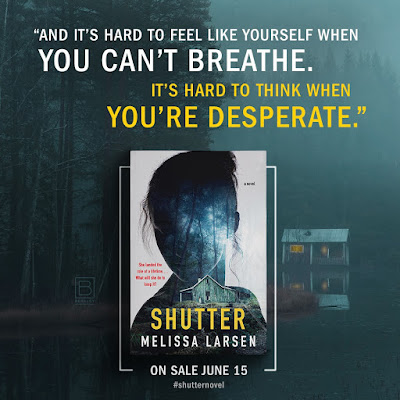 A new thriller/suspense book drops next week and from the initial responses, this one seems pretty lit! A debut by Melissa Larsen, The Shutter seems like the addictive, immersive suspense story that goes straight for your jugular and doesn't let up. I cannot wait to dive in!  Meanwhile, here's the details of the book, author and an excerpt to get you hooked on!  Blurb. A young woman agrees to star in a filmmaker's latest project, but soon realizes the movie is not what she expected in this chilling debut novel. In the wake of her father's death, Betty Roux doesn't allow herself to mourn. Instead, she pushes away her mother, breaks up with her boyfriend, and leaves everything behind to move to New York City. She doesn't know what she wants, except to run. When she's offered the chance to play the leading role in mysterious indie filmmaker Anthony Marino's new project, she jumps at the opportunity. For a month Betty will live in a cabin on a private islan
Post a Comment
Read more 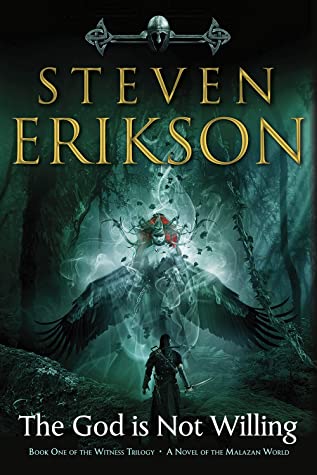 This week on our recurring meme for Waiting on Wednesday - where we feature some of the most anticipated gems of the genre to be released this year - we feature the resurgence of one of the best ever series written in Epic Fantasy, the very definition of E-P-I-C, by Steven Erikson , the Malazan Empire of the Fallen. Originally intended to feature Karsa Orlong from the original books, this new trilogy starting with God is not Willing kicks off yet another chapter of this mammoth massive world. Expect it to be dense, full of hard-crunching action and vast vast worldbuilding like never before. Welcome back to the world of Malazan!  Many years have passed since three Teblor warriors brought carnage and chaos to the small lakeside settlement of Silver Lake. While the town has recovered, the legacy of that past horror remains, even if the Teblor tribes of the north no longer venture into the southlands. One of those three, Karsa Orlong, is now deemed to be a god, albeit an indifferent one.
Post a Comment
Read more 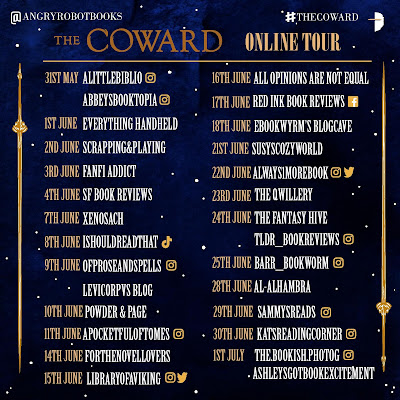 Hi Everybody!  Hope all your summer reading lists are in and you are chipping away at the Mount TBR - one book at a time. So, this week we are super excited to be taking part in the Online Tour for The Coward by Stephen Aryan  from Angry Robot Books , that is releasing on June 9th with a joint launch planned at the Forbidden Planet along with Edward Cox's Wood Bee Queen at 7pm BST.  The blurb for The Coward: Who will slay the evil in the Frozen North, saving all from death and destruction? Not Kell Kressia, he's done his part...   Kell Kressia is a legend, a celebrity, a hero. Aged just seventeen, he set out on an epic quest with a band of wizened fighters to slay the Ice Lich and save the world. He returned victorious, but alone. Ten years have passed and Kell lives a quiet life, while stories of his heroism are told in taverns all across the land. But now a new terror has arisen in the north – something has taken up residence in the Lich’s abandoned castle beyond the Frozen
Post a Comment
Read more 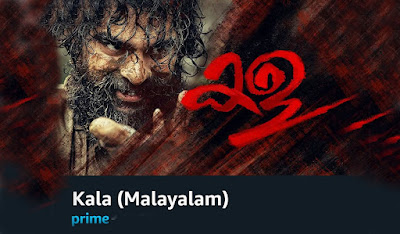 Tovino Thomas is one of the most charming popular 'heroes' in the Malayalam film industry having played many a winning-roles in blockbuster movies (That reminds me, can't wait for his superhero movie, "Minnal-Murali" to be released). But keeping in with the modern times and the amazing revival that this movie industry is going through, he has also turned experimental . To the extent of putting his skin in the game, by backing and producing this new movie called Kala - that released in theaters a couple of months back and is now on Prime Video .  Kala is a reference to the weeds, the unwanted plants in our gardens. It also means "to remove or weed out the unwanted" While I am still puzzling out the significance of the title with respect to the movie, but it possibly could be referring to the intriguing message about weeding out negativities like ego, toxic masculinity, vanity etc.  Let me get this out of the way first. Kala is an audio-visual spectacle.
Post a Comment
Read more
More posts