Showing posts from December, 2017
Show all

So in terms of books read, I think 2017 really wasn't too happening for me. My stats read about 34 books at an average page-length of 330. ( which is just past the half way mark of the goals I set for myself, alas!) Some of it's been graphic novels (Was binge-reading SAGA and absolutely loved it!) and a few non-fiction books thrown in as well. Sadly not a single science-fiction ( Hunger Makes the Wolf is an interesting cross-over between SF and fantasy but doesn't count) But one interesting aspect of my reads this year, is the fact that I seem to have unconsciously focused on "debut" authors and their works. Which basically means, I have missed out on a lot of blockbusters and the big authors' works that released this year. ( Will probably do a post on the Biggies That I Missed out on!) So here's my take on the TOP 5 BOOKS   of 2017 I loved this year. ( and were published this year!) 1. Skullsworn by Brian Staveley Brian finished up an extrem
Post a Comment
Read more 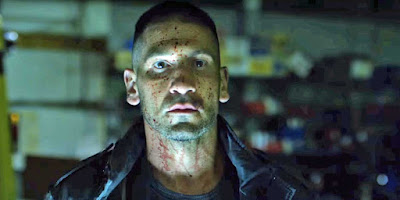 After Daredevil Season 2, I haven’t binge-watched a series like I did, for Punisher . Maybe because it is interconnected and after the soaring highs and the nerve-wracking tension meted out for Daredevil , I knew this was not to be missed out. So we switch back to Jon Bernthal once again. Jesus, this man. What a fine understated actor. We have see the animal grunts, the unflinching blows, the crackling guns and the exploding bombs, the gushing blood and the bruised broken purplish skin. But in a series completed headlined by him, Jon shows that he can swing either extremes. To be the tender caring lover or the sensitive dad or the faithful friend. He can emote through the whole spectrum of roles and this time, he carries the series masterfully through – punching, gasping, kicking and coughin blood yes as we would expect him to, but the quieter, contemplative avatar, we love more. Punisher, after having gunned down all the biker gangs and armed convicts in Hell’s Kitchen that
Post a Comment
Read more 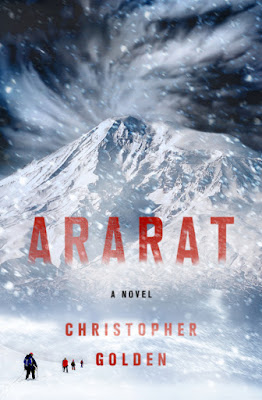 Ararat by Christopher Golden delivers on exactly what it promises: bucket loads of fun, a non-stop harrowing adventure set in a claustrophic snowbound setting – the howling winds and the blitzing snowfall forms a perfect background for the blood, gore and the horror drama. I am a fan of Christopher Golden – Having loved Tin Men, a blistering scathing social commentary on the possible future of fighting terrorism, I knew I was in for a good ride with Ararat. Christopher doesn’t waste much time in setting up the premise: An adventure-loving couple Adam and Meryam, looking for their next thrill-ride decide on their next target, Mount Ararat in Turkey where it is believed that a recent avalanche has thrown open a massive cave up and rumors claim that the famed Noah’s Ark might be sighted within. A race ensues between different groups of enthusiasts who all want to get their first piece of the spoils, filmmaking crews, historians, archeology students, even the US officials want in on
Post a Comment
Read more
More posts