Showing posts from April, 2022
Show all

The Violent Century by Lavie Tidhar 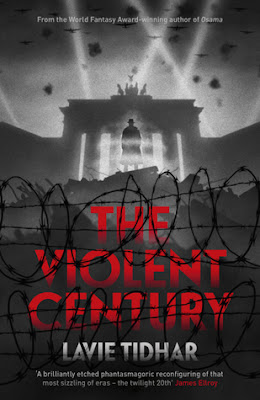 Any book by Lavie Tidhar is a must-read. Ever since I chanced upon A Man Lies Dreaming , which I had gobbled up last year, leaving me absolutely gob-smacked about the revolutionary ideas and of course, the mastery of the prose. Tidhar's soaring imagination views our dramatic history, especially that which touches upon the lives of the persecuted jews, with shifting perspectives, asking uncomfortable questions and bringing to light, some of the darker aspects our world's history.  The Violent Century is no different. This time, Lavie Tidhar trains his guns on the concept of super-heroes in a century dotted with violent wars, the majority of which is spent on the second world-war, painting this world as an alternate one where 'The Change' has gifted some men with peculiar gifts ( "Ubermensch", super-heroes with interesting powers ) and what consequences this has on the war and the rest of world history.  The mind-bending narrative that follows dizzyingly confus
Post a Comment
Read more 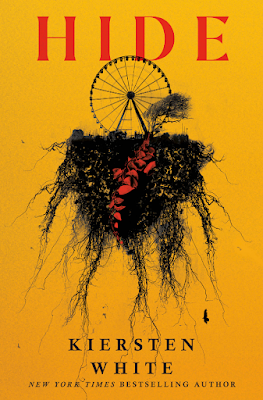 Hide is the first adult horror foray by Kiersten White , to be released in May this year.  Kirsten White impressed me with her historical YA book series, " And I Darken " a couple of years back and so I jumped onto this one, her first adult book with supernatural horror elements. The premise was absolutely gob-smacking - an abandoned amusement park and fourteen contestants in a game of hide-and-seek. Except that if you are found, then it is game over. Like literally so :)  Anyways - first things first, was the book great and live up to the expectations? No. It didn't. It pains me to say so, because the premise and even the execution was terrific. But I just couldn't get to like the characters and so wasn't practically living in their heads, in all those moments of absolute terror as they find out the truth about this hide-and-seek game. And in such a horror themed novel, unless the lead is likeable (like a gritty, clever heroine) we typically don't tend to en
1 comment
Read more 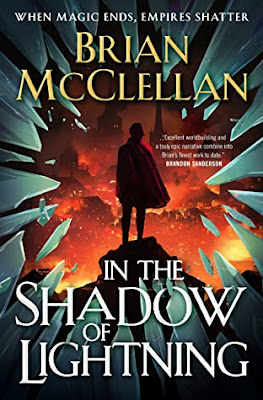 Featuring some of the most highly anticipated SFF titles releasing this year - this week on Waiting on Wednesday, we feature Brian McClellan 's latest epic fantasy series, In the Shadow of Lightning . Brian's books have been a bit of a hit and miss with me and I frankly, haven't finished any series of his. I am hoping I can make amends by jumping on early on to this one. As always, it seems to be teeming with inventive magic system and crazy action. So yes, looking forward!  Demir Grappo is an outcast—he fled a life of wealth and power, abandoning his responsibilities as a general, a governor, and a son. Now he will live out his days as a grifter, rootless, and alone. But when his mother is brutally murdered, Demir must return from exile to claim his seat at the head of the family and uncover the truth that got her killed: the very power that keeps civilization turning, godglass, is running out. Now, Demir must find allies, old friends and rivals alike, confront the powe
2 comments
Read more

The Maid by Nita Prose 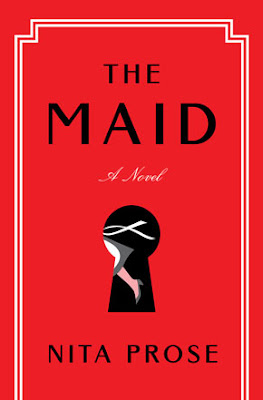 I haven't read a great 'cozy mystery' in a long while and so, The Maid by Nita Prose was in all senses, a delightful little read. Quick, suspenseful and elegant. Just like the work done by Molly Gray, our protagonist, a maid at this prestigious five-star hotel where she takes absolute pride in her work.  Featuring a person, who possibly suffers from being neurodivergent (I admit, I had to look up this word and no, the author never really mentions this at all!) or autistic to an extent, Nita Prose whips up a delightful debut with this mystery book, released earlier this year. Nita knows her 'prose' - pun intended because the language and the writing is as much a pivotal character in this book as is her characters. Nita chooses an unknown setting someplace in America for her novel, the chief location being the five-star hotel Regency Grand where Molly works. Now Molly is peculiar and very dedicated to both her craft and her gran, now deceased. In fact, she recognize
1 comment
Read more 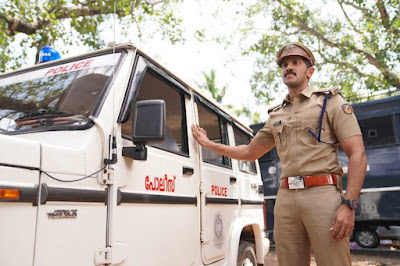 Salute , a movie by Rosshan Andrews is a slow burn investigative thriller that stars Dulquer Salman in the role of a fiery independent policeman who upholds truth and justice even more than his own idolized relationships. It's a realistically portrayed police procedural, where Dulquer's character Aravind Karunakaran is trying to piece together the clues that could lead him to the right culprit in a murder case, that was handled by him and his team, including his superior DYSP Ajith Karunakaran (Manoj K Jayan) who happens to be his elder brother.  Crime thrillers, where the protagonists are still troubled by the unsolved crimes makes for excellent fodder for narratives where on one hand, we are dealing with the actual investigation and we are also privy to the mental tsunamis that the protagonists are going through. This one's on similar lines and veteran director Rosshan Andrews doesn't deviate from the meat of the matter, delving deep into Aravind's troubled psych
Post a Comment
Read more
More posts