July 18, 2020
Race the Sands by Sarah Beth Durst is a welcome standalone epic fantasy novel that should be topping the charts of "Must-read" lists this year. I am super glad for two reasons: one, I discovered an absolute gem of a book that is...wait for it..a Standalone and two, I discovered a favourite new author in Sarah Beth Durst ( Am waiting to dive into the Queens of Renthia series next!) 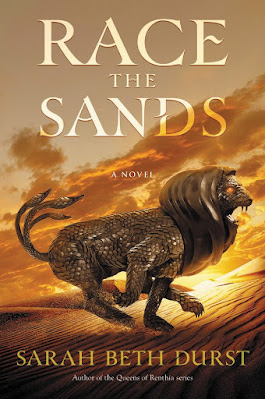 Beccar is one of the most detailed worlds that I have read in the recent past, little details that leap off the page at you to make it memorable. An empire bordered by the desert, Beccar is set in a world where the good deeds of your life gets you good karma in your after-life. Reincarnations and the cycle of life is never-ending. You come back as a Hyena,Turtle, a Hawk or even a Swan. If you are lucky, your new vessel may be human. But that is perhaps reserved for the purest of the souls. The worst ones are reborn as Kehoks - chimera-like monsters that are impossible mash-ups of the worst predators like lions with croc-legs or spiders with hawk-wings or some such impossibly apparitions that strike fear into the heart of any normal person. However, Beccar has made sport of these monsters. Captured from the wild, sold in filthy markets through auctions to the highest bidders and brought out into racing tracks, these Kehoks are tamed by strong-willed trainers who teach racing to the hapless rich kids or the desperate few who have no other choice in life.
Tamra is a toughie, a Kehok trainer who has fallen on hard times and desperately looking to make money from the monster-races this season. Because she has to get her precocious daughter Shalla through school. Shalla is training to be an "augur" - the highest most respected individuals in the society, like High Priests who can actually read your souls and tell you your future. However Tamra has had really bad luck on the tracks last season and doesn't have a rider or racer for that matter.
Raia is running away from her greedy parents who want to sell her off in pretext of marriage. But Tamra sees the same fire and ambition in Raia that she saw in herself when young and against her better judgement,  Tamra decides to train her for the upcoming races - along with this untested new Kehok from the market that nobody really thinks is fit for racing. Tamra manages to purchase him for cheap because the new Kehok, a silver-manned obsidian lion, is stubborn and extremely strong willed and has never raced before. But desperate times, desperate measures.
Parallel to the stories of Tamra and Raia is the political manoeuvring happening within the courts of Beccar. Prince Darr is the emperor to be - however, till the new vessel of his brother - the late Emperor Zarin -  is discovered, he cannot be crowned. That is the rule set by the High Augurs. And Yorbel, an earnest straightforward augur is determined to see Darr seated on the throne because if the vessel isn't found by the championship races, the augurs would assassinate the young prince and install a new heir to the Empire. Without an emperor on the throne, Beccar is vulnerable to the attacks of the neighbouring empires  and enemy ambassadors lurk within the court, waiting for just such opportunities.
Racing the Sands is superbly crafted, with great storytelling and compelling characters, the tempestous Tamra or the rebellious Raia leading the interesting cast. Tackling the question of morality with this novel about what does it take for the soul to be re-born 'pure', Sarah builds up the world of Beccar with little details of a fascinating culture (with little backstories like how life originated in this River Aura and lots more), the society that revers the 'augurs' who supposedly are the purest of the souls, balancing the narrative and the world building really well.
Tamra is absolute badass in the way she handles multiple Kehoks and takes on the world, right on her chin. Despite all the hardships, what drives her, is her love for Shalla and later on, Raia as well whom Tamra accepts into her small world. A strong driven mom who would do anything to protect her brood, her personality shines through Sarah's writing. And so with Raia as well - a teenage protagonist with her own set of insecurities, dealing with cruel parents who don't love her at all, her hesitant attempts at making friends with the other racing students and her budding relationship with the Kehok Lion - buoys her with a genuinely shiny personality.
There are a few minor POVs that rounds off the set of characters and gives us a peek into the larger cloud of uncertainty that is hanging over the future of Beccar. Chiefly the gentle Yorbel with his needs to unearth the truth about his Empire, and Lady Evara - actually one of my favourite character from the book who, in my opinion, is the one who goes through a full cycle of transformation. And of course, the Lion - the magnificent Kehok is an interesting silent character throughout the whole turmoil and conflicts within Beccar.
While yes, the central conflict is around the championship races with the monsters competing for glory, it eventually elevates to engulf the whole empire as conspiracies are revealed to be much more grander in scope. You would think the climax probably heats up with that final championship race but Sarah cleverly plays with your expectations, further peaking it up beyond the races as well.
A rousing standalone tale that starts and builds off the trope of a high-stakes racing competition [ complete with that untrainable 'horse', the rookie rider and the unloveable hard-ass trainer ] Racing the Sands is a very satisfying and often surprising tale about human greed, ambition and love. Packaged as a "monster-racing"tale, this book with a well rounded and engaging cast of female leads is the complete package. Propulsive storytelling and easy world-building with stakes that start off as personal and then engulf the fate of an empire. One of the best books this year, easily. 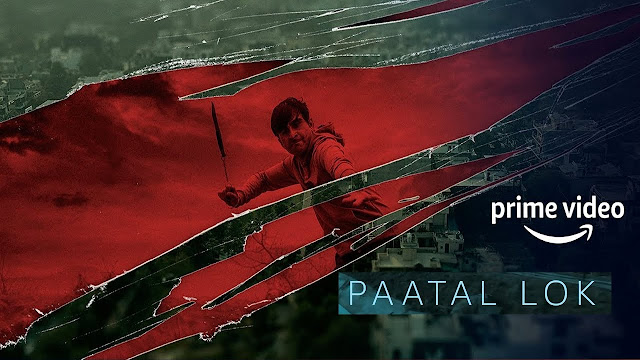 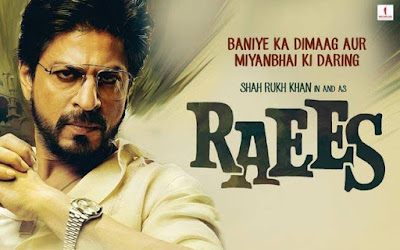