The Kingdom of Liars by Nick Martell

June 16, 2020
So Kingdom of Liars by Nick Martell is definitely one of the most anticipated books on my list, for this year and having been out in the wild, for a month or so now, has been garnering a lot of good reviews across the internet, for good reasons. 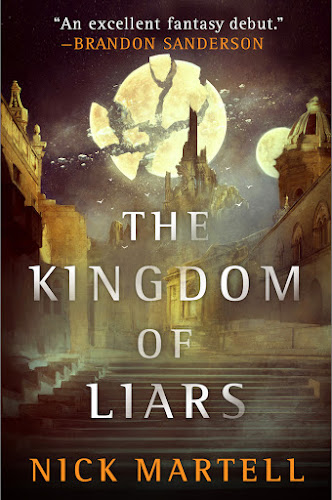 Alandre said…
Hi Everyone,This was how me and my Boyfriend became VAMPIRES. I got a guy from the internet called Lord who was a VAMPIRE so i told him that me and my boyfriend would love to become a VAMPIRES so he asked me of my Name ,Country, Age ,State , address and in the next 3 days i got the blood sample through the DHL which me and my boyfriend took in the blood into our body and in the next 30 minutes we turned into a VAMPIRE so if you are interested in becoming a VAMPIRE. First: Vampires is not at all like in the movies or books, Sure. I understand. You are young; you have the whole world open to you. You can be anything that you choose if you apply yourself and try hard to work toward that goal. But being a vampire is not what it seems like. It’s a life full of good, and amazing things. We are as human as you are.. It’s not what you are that counts, but how you choose to be. Do you want a life full of interesting things? Do you want to have power and influence over others? To be charming and desirable? To have wealth, health, and longevity? contact the vampires creed today via email: Richvampirekindom@gmail.com
July 6, 2020 at 9:38 AM