November 20, 2019
"Waiting On Wednesday” is a weekly meme that first originated at Breaking the Spine but has since linked up with “Can’t Wait Wednesday” at Wishful Endings now that the original creator is unable to host it anymore. Either way, this fun feature is a chance to showcase the upcoming releases that we can’t wait to get our hands on!

So I missed out reading Jon Skovron's adult fantasy forade with Empire of Storms trilogy and I intend to fully rectify that mistake. But for now - I am feasting my eyes on the absolutely stunning cover for his latest, The Ranger of Marzanna that promises to be all lush, epic fun set in a wintry East European background featuring warring siblings, potent magic and daring adventures. 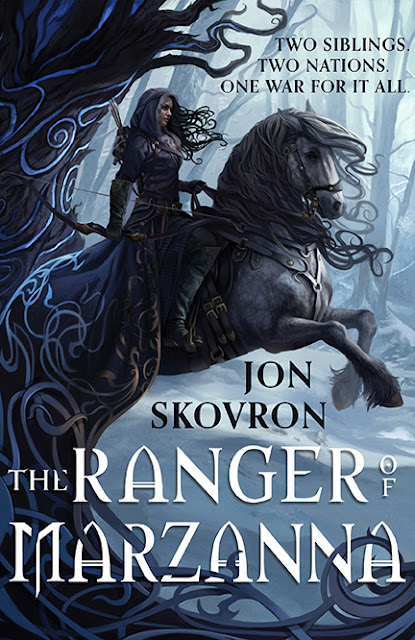 Sonya is training to be a Ranger of Marzanna, an ancient sect of warriors who have protected the land for generations. But the old ways are dying, and the rangers have all been forced into hiding or killed off by the invading Empire.
When her father is murdered by imperial soldiers, she decides to finally take action. Using her skills as a ranger she will travel across the bitter cold tundra and gain the allegiance of the only other force strong enough to take down the invaders.
But nothing about her quest will be easy. Her brother, Sebastian, is the most powerful sorcerer the world has ever seen. And he’s fighting for the empire.

The Ranger of Marzanna will release in US and UK in April 2020, from Orbit books.
Waiting on Wednesday