April 21, 2019
DC has really been struggling to get their act together but in Shazam! I truly believe, that they have found their most "bankable" superhero. The irony being that it essentially took a sillier premise of a fourteen year old kid forced to take on the mantle of the world's "pure-hearted" savior to actually save them the blushes. 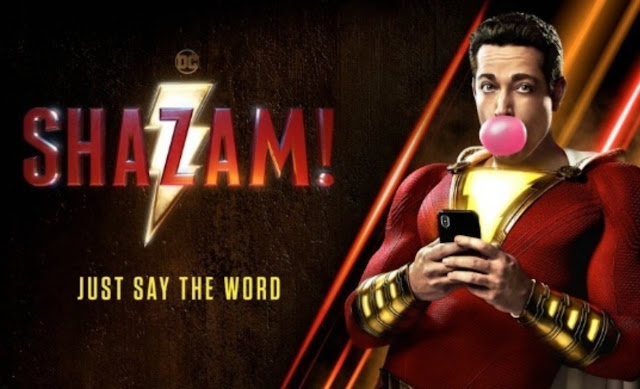 The question posed by the movie seems logical enough. What happens if a fourteen year old kid is granted super hero powers? The answer is in the hilarious scene when Billy and Freddy, teenage boys - one a nerdy DC super-fan, the other in the body of a newly-anointed superhero still figuring out his prowess - go inside a super-market to try out 'adult' gimmicks. This sort of sets the tone for the entire movie. Firmly tongue-in-cheek, irreverent to the core and yet, balanced by a believable 'super-villain' in Mark Strong playing the role of Dr. Thaddeus Siva, who takes on power in its corrupt form [ as gifted by the seven sins] just to set right a slighted wronged childhood - Shazam! is here to save DC sinking ship.

The heart of the movie is of course, the friendship / foster brotherhood played to perfection by this bunch of super talented kids (Asher Angel and Jack Dylan Grazer) Billy is this orphaned boy, sparkly and mischievous who has made it his life's mission to track down his mother, whom he lost in the crowd when he was little. And so he lives his life on the streets, a runaway from various foster-homes until he meets Rosa and Victor - and a bunch of extremely endearing foster-kids. Freddy is the geek, bullied in school and shunned by the school in general for being that awkward one.

At the same time, inside the court of Rock of Eternity, the last wizard (Djimon Hunsou) is on the lookout for someone pure of heart, to pass on his powers before he perishes. Billy the unbelieving gets chosen and the older wizard goes ahead with this will. And Shazam! the boy is transformed into the classic superhero, buff body and bulging biceps in red spandex, flowing cape and a lightning bolt symbol. ( Zachary Levi plays the goofy superhero, clueless and yet gleefully positive about everything around him) how he tries to assess the enormity of this situation and the massive super-power responsibility while juggling coming-of-age issues like friendship, jealousy, abandonment and family becomes the crux of the narrative.

No - it isn't as boring as it sounds. In fact, buoyed on by brimming boy-power - Billy and Freddy are having a total blast figuring out the boundaries of Billy's new super-powers - this movie is a total fun-ride. It has its dark moments (with the Seven Sins let loose in a corporate boardroom, an absolute skin-crawling horror scene) but it is overridden largely by the fact that Shazam! focuses on the personal relationships and the growth of friendship between two teenage boys who are too caught up with figuring out what to do with super hero prowess, to realize the enormity of such. This is one of the more enjoyable aspects of the movie as the boys experiment and misfire at times. Trying to play  at 'adults' - to foil a supermarket robbery attempt, to strike some fear into the bullies in school and also save a bus from crash-landing among other things. Billy's earnestness and his gradual realization of the importance of his family become his saving grace while Freddy, the social misfit with his intense interest in all things geeky including superhero myths is the glue that keeps the larger narrative from bloating up too big.

DC shakes off the dark mantle that has been growing too big for the franchise to handle and with Aquaman ( a feebler outing) and now Shazam!, the fun elements of superhero-ism is definitely starting to come out.  Shazam! may not set the records for the finest DC outing ( That one still goes to Wonder Woman) but this one's a family entertainer through and through, a lighthearted ray of brightness in the dark universe of DC. A movie that guarantees laughs and a good time for sure.
2019 Movies DC Comics movie review Shazam!