Continuing on with our theme for hotly awaited SFF books, that I think are going to rock the world - this week we showcase the "monstrously" talented Seth Dickenson whose, sequel to the Traitor Baru Cormorant [Incidentally one of the most intelligent and at the same time, heart-rending fantasy novels that came in the recent times!] 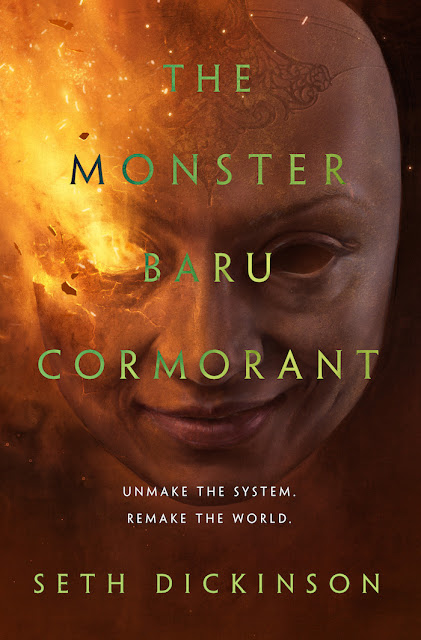 A breathtaking geopolitical epic fantasy, The Monster Baru Cormorant is the sequel to Seth Dickinson's "fascinating tale" (The Washington Post), The Traitor Baru Cormorant.
Her world was shattered by the Empire of Masks.
For the power to shatter the Masquerade,
She betrayed everyone she loved.
The traitor Baru Cormorant is now the cryptarch Agonist—a secret lord of the empire she's vowed to destroy.
Hunted by a mutinous admiral, haunted by the wound which has split her mind in two, Baru leads her dearest foes on an expedition for the secret of immortality. It's her chance to trigger a war that will consume the Masquerade.
But Baru's heart is broken, and she fears she can no longer tell justice from revenge...or her own desires from the will of the man who remade her.
Out from Orbit in Oct 2018.

Bob/Sally said…
Yikes. Another series I need to catch up with. I've heard great things about the first book, but just haven't made my way around to reading it.
September 19, 2018 at 6:58 AM