September 11, 2018
Been a while since I posted anything on this meme ( Looks like it's been discontinued?) but would like to go ahead anyways and post my anticipated books for this year ( and the next!) in the speculative fiction space.

This week - we are focusing on The Gutter Prayer by Gareth Hanrahan, another remarkable debut that has generated all the right buzz and has just the most amazing premise, for a dark fantasy novel. 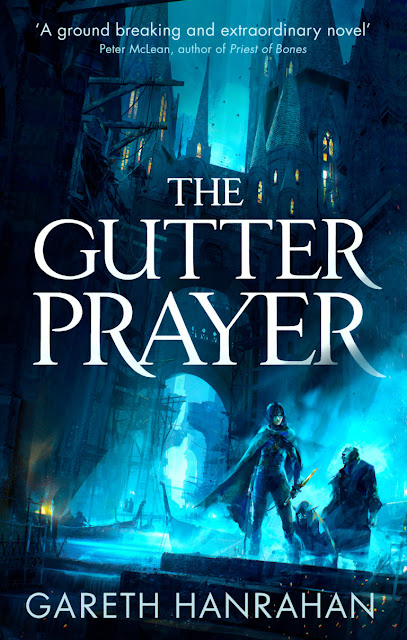 In the ancient city of Guerdon, three thieves – an orphan, a ghoul and a cursed man – are accused of a crime they didn’t commit. Their quest for revenge exposes a perilous conspiracy, the seeds of which were sown long before they were born.

A centuries-old magical war is on the verge of reigniting and in the tunnels deep below the city, a malevolent power stirs. Only by standing together can the three friends prevent a conflict that would bring total devastation to their city – and the world beyond.

Coming from Orbit books, this one is set to hit the shops early next year.
Gareth Hanrahan Orbit Waiting on Wednesday