July 31, 2018
As I watched the re-run of the movie Mission Impossible: Rogue Nation, I found myself asking - What makes a man like Ethan Hunt tick? To push himself up after every bone-jarring bike-accident, to walk away from every nerve-wracking gun fights unscathed, to roll in and out of insane chopper chase sequences that would probably burst a normal man's beating heart with fright. These are normal occurrences that define Ethan's everyday life as he chooses to accept one mission after the other. Does he ever choose not to? 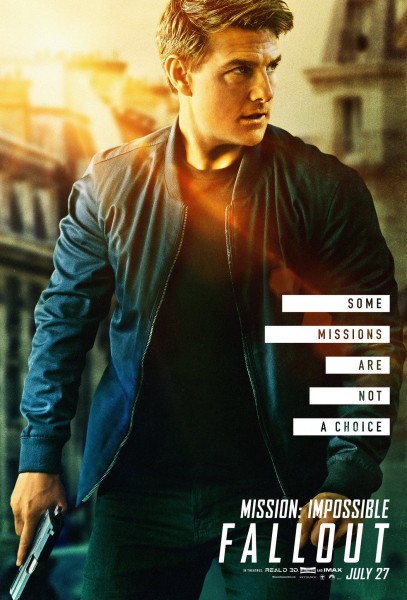 We get the answer in MI-6, Fall Out; Luther and Julia's sad little bonding scene on top of a nuclear bomb as they discuss Ethan. "A pathetic sense of morality, of taking responsibility for everything that goes wrong in this world" Now that is what keeps this agent from "falling out".  We ain't complaining, no sir - On the wrong side of fifty and still doing heart-stopping stunts for a living, Tom Cruise brings all his heart and broken ankle into the latest instalment of this franchise, tracing the Impossible Mission Force that refuses to be shut down as long as there are extremists in this world, hell bent on trouble - This ones a direct sequel to the events of the part-5, Rogue Nation. Slick to the core, brutal and unapologetically blunt, high-octane non-stop action fest that will have you glued to the screen for the entirety of its 2 hour 20 minutes reel time. 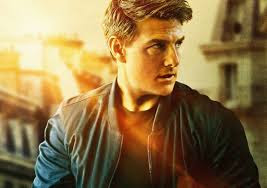 I am an unabashed fan of both Tom Cruise and MI-series. But this one takes the cake and is definitely among the top 2 movies of the franchise. I am still undecided about MI-3 that saw Phillip Seymour Hoffman essay one of the most chilling villains, ever onscreen or the first movie Mission Impossible, way back that kicked everything off being the best movie in the franchise. So as the name suggests, Fall Out, this one (again!) has Tom Cruise falling out of pretty much anything and everything. High altitude craggy cliffs, helicopters, sky-diving through lightning-lit clouds, office windows, underground sewers in Paris. There is an decidedly old-world charm that clings to the movie cinematography throughout. Be it the shadowy streets of Berlin or Belfast or the sunny cobblestoned alleyways of Paris, the drama unfolding onscreen happens in the backdrop of a cold-war'esque threat. All too real in the form of a group of individuals planning to strike terror into the heart of every civilisation through their plans of destroying the greatest cities in the world - with the help of three stolen plutonium orbs that Ethan and team, have to recover and shut down. The deal is, the remnant of the Syndicate ( anarchists without really much of an agenda or leadership!) want to get their leader, Nick Soloman (Sean Harris, in superior creepy form!) released. We run into Elsa, the former British spy working undercover to clear her name in the beautiful bohemian streets of Paris in a pulsating chase sequence. To complicate things further, there comes a new character named the White Widow who allegedly is the liaison between the buyers and the sellers of these plutonium balls. The movie zooms through the tight little back alleys of Paris to the foggy streets of London ending up in the snowy mountainous stretches of the Siachen glacier, somewhere in the lap of a beautiful Himalayan village in Kashmir. 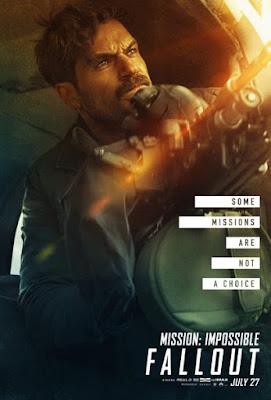 Mi-6 is full of clever little things. Twists and turns, backstabbing galore and of course the insane stunts. Tom Cruise really outdoes himself - running and flinging himself off cliffs, windows and even aeroplanes. But director Christopher Macquarie, back after Rogue Nation, is clearly enjoying himself and carefully overlays these beautiful character moments in the middle of the most unlikeliest situations. The bonhomie of brotherhood that Simon Pegg (the nerdy desk analyst turned earnest field agent Benji Dunn!) Ving Rhames (Luther, the communication specialist who is one of Ethan's earliest allies) and Tom Cruise (the unflappable Hunt who improvises by the seat of his pants every single time), the quiet moments between Ethan and Elsa (Rebecca Ferguson looking a bit less ferocious than her first outing but still quite the formidable fighter, as she proves in those nail biting final scenes) or the intense rivalry between CIA Agent Walker (Henry Cavill in one of a kind role in this series) assigned to keep the rogue IMF agents in check and Ethan. And there's Alec Baldwin, Secretary Hunley who wins our hearts and heads by being the man who defected to IMF only to keep Hunt alive and in the game.

The MI Series as far as spy movies go, is clearly not done. Tom Cruise and his directors are all trying to keep this mission going as far as it will go, desperately trying to outdo and outgun the previous versions - be it the viscerally brutal bathroom brawl or the rollicking rooftop races or the crackling car chases in Paris. Deliriously thrilling action set pieces all the way interspersed by quiet thoughtful little character touches and classy humour,  Mission Impossible - Fall Out is Tom Cruise's rousing dedication to this feisty little spy franchise and for me, will occupy a shining place of honour in the pantheon of MI Movies.
2018 Movies Mission Impossible movie review Tom Cruise