Flash Season One: Not a Review 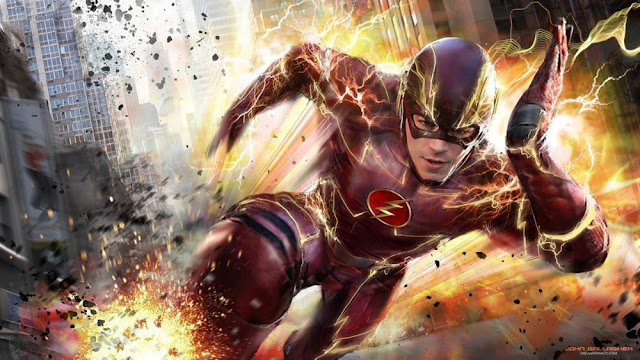 So Barry Allen (Flash, the fastest superhero in town) and his nerdy gang of friends & family have made their definitive mark on us. Season One is over and boy! What a rousing tale, safe to say that the speedster has zipped through our hearts, huh. So Flash started out strong building up on the basic foundation we grew to love from Arrow (fellow superhero from the DC Comics world!) and then as the season moved beyond the mid-season finale with the introduction of ‘reverse-flash’, things really started to zing up. Going on to really hit it out of the park by the season finale, thus setting our expectations pretty high for the oncoming season two.

You know when I saw the premiere, I wasn't impressed. How would this skinny youngish looking fella carry the weight of the world on those frail shoulders ? And zip around at express speed saving the world from Apocalypse? But hey, Grant Gustin went on to blow past me doubting dorothy. In fact, the whole series showcases not just him but a wonderfully warm set of lead characters: Joe, the cautious father figure and one of the top cops in Central City, Barry's foster sister cum late love-interest Iris, the S.T.A.R labs geek duo of Cisco and Caitlin and of course the coolly menacing Dr. Wells with his big bag of secrets - the bonhomie and the camaraderie the leading cast shared was pretty visible onscreen - And each of them wormed their way into my heart. 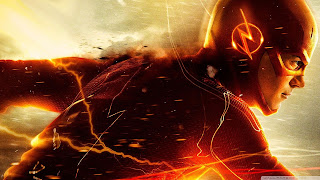 Season One started off - strong and confident because the writers of the series had already honed up their craft with The Arrow - and the superhero myth was already created. We'd seen the "Particle Accelerator Explosion" that gives Barry his super powers - and we pick it from there in Episode 1 with Barry coming to terms with his super sonic speed powers. The series fell into a rhythm with each episode introducing a new villain - who again owed their super powers to the night of the explosion. In fact the whole series has two major themes running through out. One, is the night of the explosion. and two, is the night when Barry's mother was murdered under mysterious circumstances and his father gets framed for the same. Barry has made it his life's mission to get his father's name cleared - and this overarching theme gets solid meaning by the mid-season finale when we are finally introduced to "The Man in Yellow" or the Reverse- Flash. From here, the series gets a lot more grimmer and tighter leading all the way to a nail biting finale that keeps us tottering on the edge of an explosive cliffhanger!

The team's got it spot-on with respect to pacing and the tone remains even, perhaps a little bland in the beginning with some misplaced romancing ( 'She loves me-she loves me not' hot-stepping footise dance between Barry & Iris' character ) and a lot of father-son moments (between Barry and Joe, one of my favorite characters in this series - Jesse L Martin clinches this role!) and till the mid-season we all were just going along with the flow waiting for the what's going to be the latest villain-package coming up with some unique power to blow our minds. The writers played to their strengths mixing things up a bit by bringing the vigilante of the Starling City, the hooded brooding Oliver Queen ( The Arrow ) and other team members of Arrow's vigilante army into the fray to do some double-trouble bagging of the more notorious villains. Comic book fans will rejoice to meet the some familiar Flash villains like Snart or Captain Cold ( Essayed by the Prisoner fame, Wentworth Miller who brings precious nothing to make the role stand out, sadly) and Heat Wave. But then with the introduction of Man in Yellow, I really sat up and got my talons hooked deep into this series. Things were heating up - and at supersonic speed!

Two things that really impressed me about the series were: The special effects; digital animation that brings alive the story and conflicts and next, the characters themselves. Gustin brings in a wide-eyed earnestness combined with tobey-maguire-style pathos and depth to the role of the scarlet speedster - and he gives it all. The season finale should be proof enough that this boy has what it takes to make your tear up and also sit up on a bed of nails waiting for the next season! Apart from him, the best thing about Flash was Thomas Cavanagh's character, Dr. Harrison Wells - the mentor who takes on Barry under his wing - until < Hey! Warning - Spoiler Territory !!> he turns out to be...yeah...The Reverse Flash. Absolutely cool in his personification of the evil genius - right till the end - bringing a sense of quiet gravitas to the role, we just cannot help loving this villain. His burst of sincere affection for Barry's super prowess and Cisco's native brilliance is just super endearing. I don't know whether he is going to be back in the next installment but I'm praying and hoping. The others all put in commendable performances completing the happy little family of the Flash that he keeps banking on and leaning back into - be it Joe ( Jesse Martin - take bow!), the adorable nerd god Cisco ( Carlos Valdes) and Eddie ( Rick Costnett) bring in the warmth and humor to the show - that was sorely lacking in the seasons of The Arrow. Perhaps another reason why The Flash is much better received.

The Flash Season One is for all sorts of viewers: long time fans of the comic books and people new to this fun super hero. There is a simple story here that will definitely make you go weak in the knees - but if it doesn't, am putting my bets on the funky time-travel concepts and the futuristic ray-guns. And if all that isn't enough, then we've got an 800  pound psychic gorilla who makes King Kong's assaults look like a baby's day out. I dare you to sit out this unstoppable, pure unadulterated fun version of a speedy superhero!
2015 Movies DC Comics Flash TV Series

Neelima said…
Great blog, I like this way of ur presentation. I got lot of information from ur blog. For some more information visit our site Arc Flash Consultants .
February 4, 2018 at 11:32 PM