The Passage: A Winning Heady Concoction of Horror, SF and Post-Apocalyptic


I finished the much-hyped Passage by Justin Cronin last week. What did I feel about it? 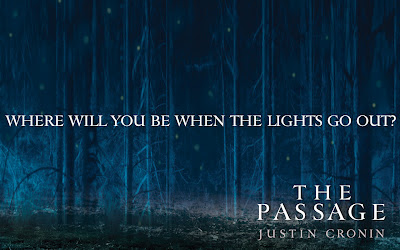 I felt spent. Drained. Exultant that I finally have been inducted into the elite few who now know for certain, what lies beyond the passage. A tad bit frustrated with the ending. But aglow with a sense of achievement for having conquered this monster. Monster it truly is – what with being compared to a weapon to ward (literally strike out at the effing vampire using this 800-pages tome, LOL) off evil in some remote villages of Romania – this book has definitely had some brickbats coming its way – but all things considered, Justin Cronin has a winner here.

Some amazingly drawn out characters whom you fall in love with, brilliant evocative prose, stunning action set-pieces – all backing up an “intelligent” vampires book. Mind numbing Horror, Intelligent Science Fiction, Bleak Post-Apocalyptic, dark Western – you may fit the book into all these genres and not be wrong. The manner in which he weaves in and out of the various themes is effortless and this speaks for his skills as a writer – setting up a masterpiece that defies your imagination, at the same time feeds it and fires it up like nothing else. This genre bending piece of fiction is definitely up there among my Best Reads of 2012. I couldn’t have timed this right, the part-2 called Twelve is coming out in October this year. (Gleeful smile!)

“Before she became the Girl from Nowhere—the One Who Walked In, the First and Last and Only, who lived a thousand years—she was just a little girl in Iowa, named Amy. Amy Harper Bellafonte.” 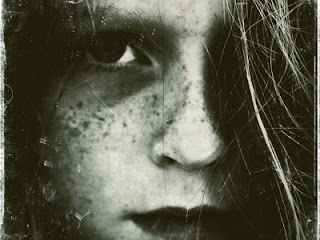 I was swept away into this gale storm right from this opening. I mean, who wouldn’t right? He’s throwing us a bait the size of biggest goddamnest wriggling worm, juicy and hanging in there tantalizingly close – just waiting for us to take that plunge. A girl who lived for a thousand years? The Girl from Nowhere? The First and Last and Only? My brain juices just blew up in anticipation. Hook, line and sinker.

Part one still remains the best written parts of the book – where Cronin patiently sets up the premise for the world apocalypse – detailing the dreadful experiments by the US Army in search of the perfect cure using a virus they first come across in the jungles of Bolivia– a word here, we all have seen this before – but the manner in which Cronin lays out the events – making it disturbingly personal, getting right inside the heads of the experimenters, the victims – is just amazing and we never see the blow coming and so when it comes and when hell breaks loose, you’re as tongue-tied and helpless as a wet rat caught in the middle of blinding blizzard. But even this is not what makes it so good. Cronin slowly cranks up the tension through the POV of three different characters– as different from each other as any – yet all tied up together in an inexplicable manner.
Wologast, an FBI agent, estranged from his wife, smooth talking perfect salesman for the job- the “Job” being recruiting the latest human subjects for the experiments. And without exception, these are the lowly scums of the earth, death row inmates – cold ruthless men spending their time in jail for heinous murder crimes. The time where we see Wologast – he’s in Texas to recruit the twelfth man, Anthony Carter. We switch over to Carter – a timid, almost timorous man who’s blanked out his mind to the memories of the crime – it’s amazing how Cronin delves right into the deepest blackest corners of the human mind and brings it up to light, making us empathize with the characters. The third POV is that of Sister Lacey who comes in contact with the small six-year old Amy and that’s when her life is blown out its normal tracks. For she realizes that this girl is not any ordinary child. Wologast’s next mission is Amy herself and that’s when the man has a massive change of mind. They go on the run to evade the army. And the story just shoots out of the gate from there on. The scenes where the experiments go wrong and the massacre at the base when the subjects transformed into super vampires go on a rampage is so viscerally painted out that it sears into your brains. Cronin doesn’t hold it back and lets it rip.

Part Two picks up approximately hundred years after the events of the break out. 92 a.v – After Virus I presume. Centering on the Last City or Human Community held up somewhere in California. This was like plodding up a steep ravine, your legs stuck in mire. Cronin takes his time explaining the whole set up, throws a multitude of characters at you and goes deep into their lives in this community. Post- Apocalyptic survivors, living like in the Westerns. Ones that stand out definitely were Peter Jaxton, a young man destined for greatness but who just doesn’t know it right away and his fraternity rivalry with elder brother Theo, Alicia Donado the feisty tempestuous girl who nurses a secret herself and is probably the best Eyes that the Watch has. Little things stand out – in terms of details of how the entire community is living within Walled Boundaries and has a “Watch” in the nights against raids by the vampires. In fact the watch cry, “All Eyes” sent shivers down my spine. In anticipation of the possible horrors. A bunch of other characters – all real and well fleshed out with back stories to boot. This is probably the slowest part of the whole book. But trust me it’s all worth the wait.
Part Three is when Amy – the Girl from Nowhere - walks into their camp, things start going downhill and really fast. A group sets out on an ill-fated travel trying to unravel Amy’s secret. And THAT is what lies beyond the Passage. The conflicts and set pieces sometimes reads like a movie – melodramatic and just too well choreographed, but heck – I would LOVE this book to be made into a full blown Technicolor riot on the big screen. Heard Ridley Scott.
I probably haven’t got it right in terms of the parts – Cronin has painstakingly differentiated the enormous narrative into many more parts – but as a discerning reader these three were the ones that stuck with me. and that’s what counts, huh?

Cronin’s vampires are the dark dripping reminder of evil that resides in each of us waiting to unleash itself onto the world. They run against the current grain and bring in the somber dark sense of despair and doom that resounds through the book. I certainly loved it. Gives Stephen King’s The Stand a run for its money and I would bet on this one. True, the book rambles a bit in the middle and even the climactic bang, a disturbing cliffhanger (there I said it, sorry if that was a spoiler!) leaves us yearning for more. But all in all, a glorious ride through the dark, hurtling towards that light at the end of the tunnel, The Passage delivers all it promises – an epic full of dread, melancholy and redemption for the unyielding hardy human spirit of endurance.