Reason for Hiatus: Books and More..

I know the blogs been empty for a while after the last windstorm called The Bonehunters passed this way.

So here's whats been happening in my busy life: 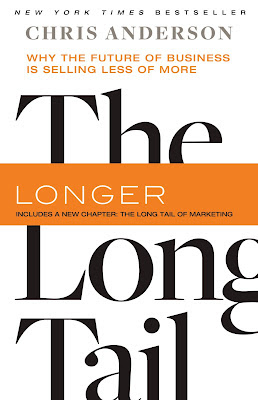 1) Finished "Long Tail" by Chris Anderson - a revised edition : a look at the new-age economy super stars of retail - like Google, eBay, Amazon, iTunes etc that have re-written the rules of engagement by unlocking the much-forgotten "Long tail" of customer demand. Anderson argues that with the advantages of infinite storage space ( esp if your products are purely "digital" - think music? ) retailers can afford to cater to the "niches" - that form micro-categories in that long tail of demand instead of being selective and pruning out a vast majority of products from that "Hit" list. It's a fantastic read - Anderson tries to illustrate his points by pain-staking data points from his wonderfully deep research and presents the same without being too pedantic and not sounding overly superficial either. A fine balance and a great learning experience. Especially since I see myself as a marketing exec who would be using similar digital tools. 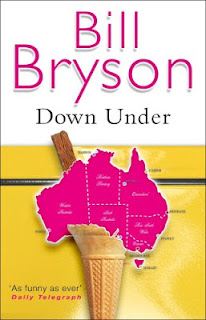 2) Sinking my teeth into the juicy "Down Under" - a hilarious travelogue exploring Bill Bryson's adventures in Australia. should be done with it in the next few days. Fast read, some awesome ribtickling anecdotes. Fantastic travel companion, this man's dry witty writings. 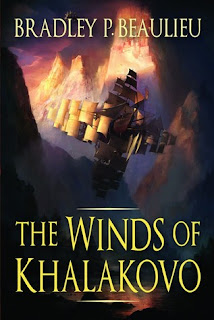 3) Going to start on the latest blockbuster in epic fantasy, Bradley Beaulieu's Lays of Anuskaya series. Got the opener on a 0$ deal on Amazon; Follow this man, and am sure you wont be disappointed! He just released his 2nd book in the series, Straits of Galahesh ( A Mouthful I agree, but his russian-culture-inspired Fantasy world seems pretty different !! )

4) Have been plugging away on my short stories - done with two. both needs heavy duty editing. so anyone willing to step up, please gimme a shout!

5) Watching quite a lot of good movies.