October 03, 2019
In first of the DC Black’s stand-alone spin-off series, we examine and plumb the dark stygian depths of one of DC’s iconic villains, the arch-nemesis to the Dark Knight, the Joker. And what an epic flight of imagination is it, lent some serious credence and authenticity by Joaquin Phoenix’s astounding career-defining performance as the lead/eponymous character. Joker unspools like a raw, bloody experiment with our minds and souls, a yawning exit wound that refuses to heal, unsettling, painful and yet indelibly scorched into our psyches. 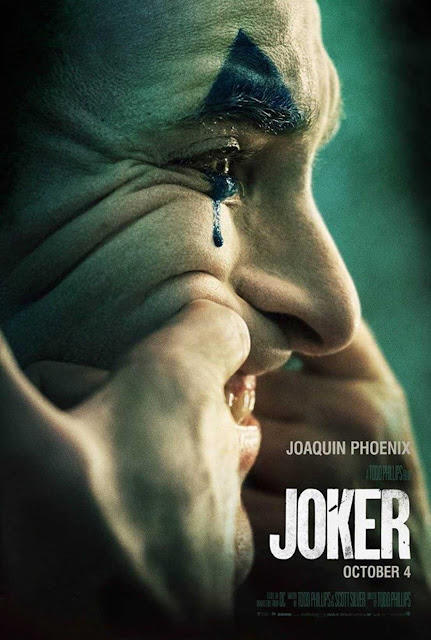 The movie is a chaotic, slow-burn psyche-eval of one of the most unhinged characters ever written about but Todd Phillip/Scott Silver’s interpretation of Joker is fresh, is a bold riff on Heath Ledger’s iconic portrayal and invokes pity, grudging admiration and loathing in equal measure. Because let’s not forget. This is the rise of a villain, we are taking about. But the deplorable conditions of a callous, cruel society that catalyzes this spiraling descent into madness and shocking violence of the lead character Arthur Fleck, is brilliantly brought to life by the unapologetic cinematography and the haunting cello scores in the background. The city of Gotham has gone to the dogs. Or the rats pillaging through the piles of refuse that litter the streets. There is a growing resentment against the rich and that rebel-yell is given an explosive thrust when a failed comedian shoots and kills three young, well-educated men inside a subway train a fateful night.

The said comedian, Arthur Fleck is once again a victim of the failing system. There are early cracks in his façade of normalcy, a man down on his luck fired from various ‘comedy’ jobs, having to take care of his ailing mother in a run-down apartment. A man shunned and forgotten by the very society that he is trying to make happy and smile, there are multiple occasions when Arthur is physically and mentally humiliated by a bunch of adolescents.  He lies there and takes every kick, still cracking a smile through the pain. And then you see the cracks, through the running paint on his face make-up. You know, this person is going to implode under that immense stress and yet the violence when it comes, is shocking and deeply unsettling. 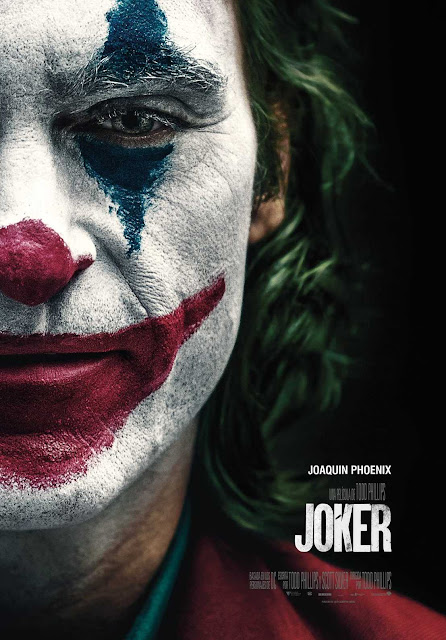 Joaquin Phoenix has poured his whole heart, body and soul into this role. You see the efforts in the striking physicality; the gaunt ribs, the protruding knobs of his bones in the back. Like this hollowed out physical caricature is a mirror into the seething darkness of his mind. All of that seeping into the black sallowness of his cheeks, giving his expressions a rabid intensity unmatched by anything we have seen on the screen in a while. There’s a manic precision in the way Joaquin breaks into his impromptu dances, smiling through his grief and madness. Previously, Heath Ledger’s version claimed the top spot when it came to recalling Joker but anyone who’s seen Phoenix’s Joker, is going to go nuts about it. It’s a heart-rending, searing performance par excellence. There are others including big names like Robert DeNiro Francis Conroy and Zazie Beetz but they are just side-notes in a compelling drama, hogged center-stage by the crumpling sad comedian act of Joaquin. This is his (Phoenix’s) rise all the way.

This movie is a devastating reimagination of the moral, emotional and physical makeup of one of the most iconic villains of our generation. Despite showing a streak of irresponsible violence, a sure match to ignite world wide debates on gun control and maybe the direct dig on today's apathetic decay rampant in the society, there is no denying that this....is an epic masterful examination of the mental abyss that humanity has dredged through. One of the classics, this.
2019 Movies DC Comics Joaquin Phoenix Joker movie review

Unknown said…
Was missing your reviews.. everyone has a story to tell.. and more often than not villains have more compelling one.. and a side we must more often listen to..
October 3, 2019 at 9:17 AM